The individual meanings on corsets contain a lot of contradictions and that probably explains why it is still part of modern fashion: it is timeless, but evolvement never stopped. It idealized and emphasized the form of a female body and evolved esthetically and  symbolically from lingery to outerwear, from a symbol of repression to a symbol of modern femininity (compare with: "History of Corsets").

Some years ago Modonna presented on stage during her world-tour a corset, designed and manufactured by Gaultier. Since this time Gaultier's corsets became the rang of a saintly icon and  the corset changed to an 'object d'art' with a new meaning. It lost its meaning as a symbol of women's oppression and became a 'symbol of sexual empowerment of modern feminism'.

The comeback of corsets in today's fashion-shows is mainly explained rather by the fact that a new 'old' sense of content was revived, something the french people call 'presence', that means an impression of a magnificent appearance and that is also able to hold its attention for the duration of the event. 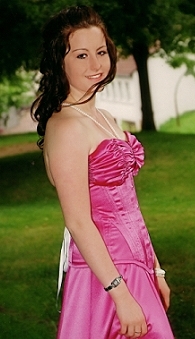 Perhaps therefore many women, wear their corset “voluntarily”, because the narrow waist and the emphasis of the dekolleté, created by a tight corset, results in both: a trendy partydress and a splendid part of a ballgown.

In our age of casual leisure clothes, a woman in a corset will obtain a more self-con- fident effect, than some high labeled designergowns can do. Today the corset is generally accepted as a representable piece of clothing and offers exciting feelings in daily life to all women.

In summary it can be said:

The stiles of modern corsets can vary in a large number and the design is offen historically inspired, i.g. from the rococo-corsets via Victorianwasp-waist-corsets up to S-line-  and ice-cone-corsets.

Here it is inconsiderable, whether the corset is worn as part of a decorative evening-gown or as a fascinating secret 'dessous'. Worn as a part of a formal evening-dress, it can be adapted properly to the style of the dress; to a simple tight dress as well as to a Cat suit it will add an extravagant touch. Used as a bodice to a corresponding skirt, whether tight or wide, it can be worn as part of a 'City outfit' or as an elegant evening-dress as well.

With some modifications to the design men can wear corsets also, which will improve their exterior impressively.

We use cookies on our website. Some of them are essential for the operation of the site, while others help us to improve this site and the user experience (tracking cookies). You can decide for yourself whether you want to allow cookies or not. Please note that if you reject them, you may not be able to use all the functionalities of the site.